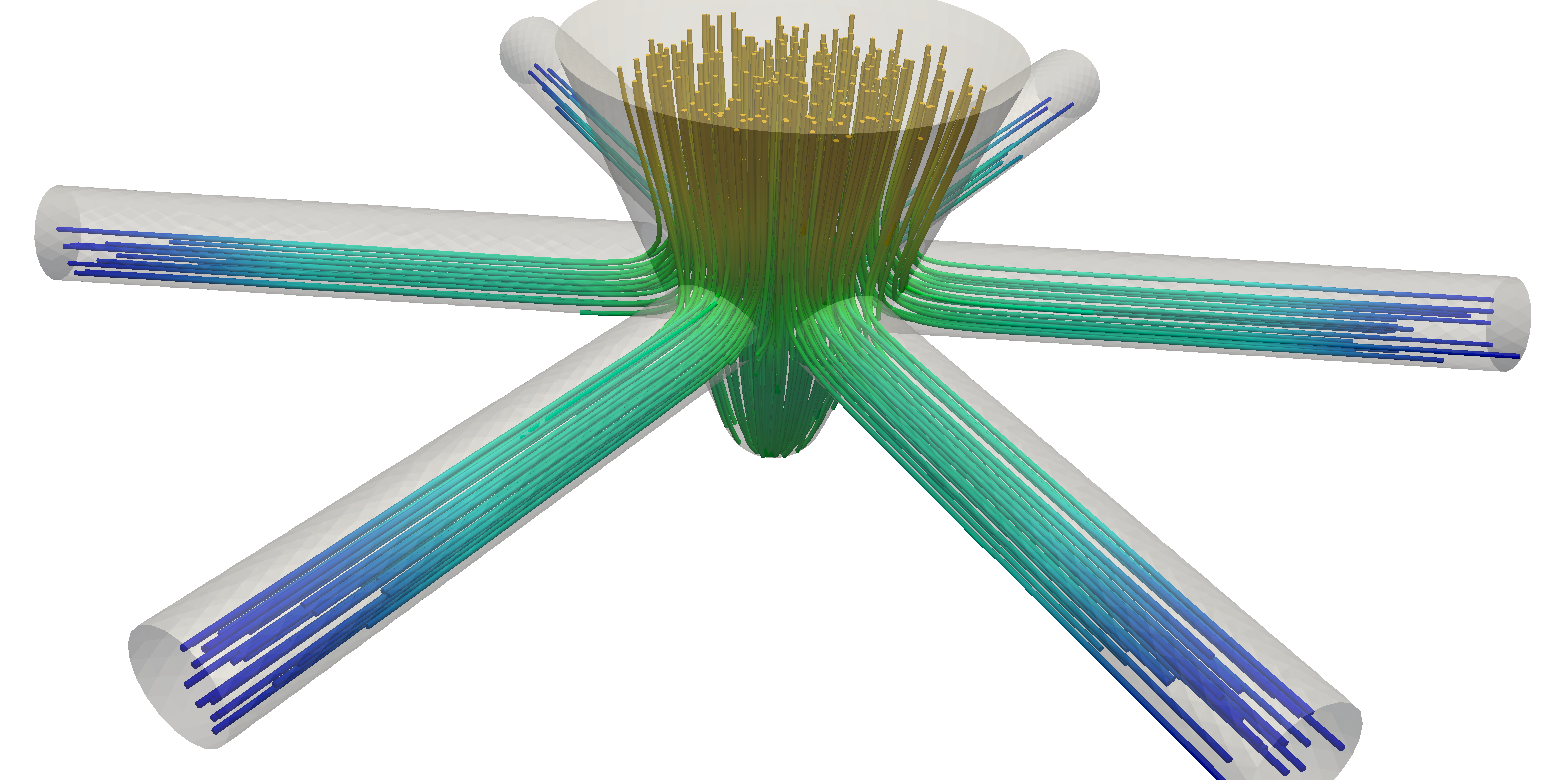 Gas–liquid flows occur in many applications. The motion of bubbles in a liquid, as well as droplets in a conveying gas stream, are examples of gas–liquid flows. Bubble columns are commonly used in several process industries. Atomization to generate small droplets for combustion is important in power generation systems. Also, droplet formation and impaction are important in spray forming for materials processing. Steam-water flows in pipes and heat exchangers are very common in power systems such as fossil fuel plants and nuclear reactors. Gas–liquid flows in pipes can assume several different configurations ranging from bubbly flow to annular flow, in which there is a liquid layer on the wall and a droplet-laden gaseous core flow. Cavitation is a typical example of such flows. The flow of a liquid through a pipeline system may occur in vast applications in industry. These liquid-free zones may have a huge impact on the atomization efficiency of injectors (Fig.) or in cases of naval applications, may implode near the engine’s surfaces causing severe damages.

Bubble formation and growth in two-phase mixtures within nozzles have a significant impact on the atomisation process and spray dynamics. Depending on the vaporisation rate and conditions the flow pattern might be bubbly, slug or annular. The regime of the flow has a significant impact on the flow characteristics and the mass flow rate. Calculation of the critical mass flow rate is extremely important in industry typical applications of which, require prior knowledge of the mass flow rate for safety and design purposes. Critical flow for a single-phase gas occurs when the flow is sonic (Mach number is one) at the smallest cross-section. The molecular relaxation phenomena are rapid enough so that the thermodynamic equilibrium is achieved. In cases of two-phase flows, the relaxation time-scales of heat and mass transfer are comparable to the residence time of the fluid at the choking region.